Most parents know the pressures teenagers face in relation to body image issues, however the focus remains on daughters rather than sons.

Now, new research has shown boys aged between 15 and 19 are just as likely to have body image issues as girls.

For young Australians, body image issue are the third most common source of angst after 'coping with stress' and 'school'.

A survey revealed 31.1 percent of young people reported body image as a source of stress in their lives, which is not surprising, considering the fact 71 percent of teenagers use multiple social media platforms several times a day, in particular Instagram, Facebook and Snapchat.

Christine Morgan, CEO of the Butterfly Foundation says boys haven't been enough of a focus when it comes to body image issues, but they should be.

"In all the work we're doing we're seeing it's not just a major issue, it's of increasing concern at a young age and through adolescence," she told Georgie Gardner on Today's Agenda. Morgan said boys are less likely to talk to each other about body image issues, and the conversation's connection to vanity also prevents boys engaging with the topic. 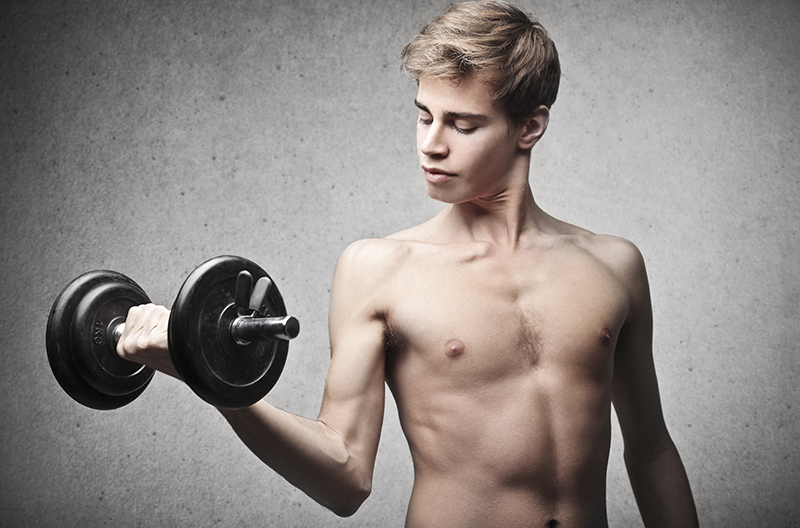 "This is about coupling body shape and size with how we feel, our self-worth.” Morgan says the body shape our boys are aspiring to attain is the "ripped, muscled look”. "Boys aspire to it. If they don't have it, then that tips it across into feeling dissatisfied with themselves," she said.

"I grew up in a bigger body and I was often teased by siblings and other kids, with that constant reminder that I was fat," he said. "And the only way as a kid I could translate that was I wasn't good enough, that I was worthless and I just didn't belong.” Turning to food for comfort made the problem even worse.

"As I got older I just got bigger and bigger and my feelings toward my body became more and more negative.” Dan Lewin told The Today Show body image issues as a child led to feelings of worthlessness. Lewin said by the time he got to his early twenties, he found himself "buying into diet culture" and the "allure of the thin fantasy”.

He said he thought, "If I just lost that weight, everything would be perfect.” That way of thinking lead to unhealthy eating behaviours, over-exercising and while he did lose a lot of weight, he was still unhappy.

"I still had a negative body image.” Lewin said he avoided the beach, being in photos and attending social functions.

Morgan said the main message we need to teach our sons and daughters is that there is no one ideal body type, but many types of body shapes and sizes.

"Let's hope it doesn't take as much time as it has for girls to accept diversity of size and shape," she said.

She also said we need to teach our children that their self-worth has nothing to do with their body size and shape.

Morgan says parents need to look out for signs of negative body image in boys from adolescence, and those include an increased focus on body image, avoidance of food, body shaming and making negative comments about themselves.