Navigating the Challenges of Stepfamily Life

Every year, in the U.S. alone, approximately 1.5 million people enter into a marriage where one or both parties have previously wed. Unfortunately, most of these marriages will fail. According to available census data, the divorce rate for remarriages in the U.S. is over 60% compared to around 50% for first marriages. Second marriages are also shorter, with a medium length of 14.5 years versus 20.8 years for first marriages.

I know first-hand the struggles and joys of remarriage. At the age of 42, I endured a high-conflict divorce and remarried the love of my life two years later. I was confident and positive about marrying Craig even though I was on the rebound and many family members and friends reminded me to be cautious. He swept me right off my feet and proposed four months after we started dating. 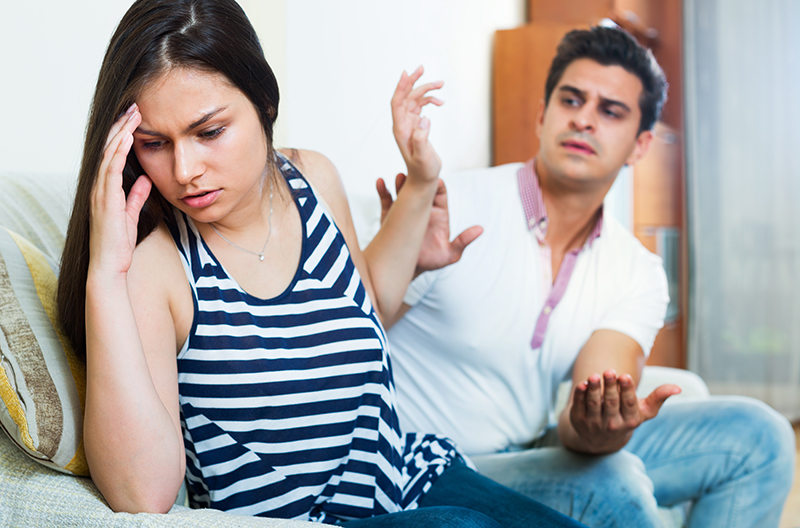 It was the second marriage for both of us. I had two children from my previous marriage, ages 9 and 11. Craig had been married and divorced 10 years earlier with no children. He wanted to be a stepparent and we discussed having a child together. Having a new baby and starting a stepfamily made the first several years of our life together busy and exciting.

But after eight years, our marriage was on shaky ground. We were dealing with a myriad of issues common to remarried couples, including unresolved baggage from our first marriages, financial stress, different parenting styles, and jealousy, anger, and resentment around the competing needs of children and stepchildren. We argued frequently and had drifted so far apart that we were discussing divorce.

Fortunately, we found a talented couples therapist that we both connected well with and we began healing. It took time but we fell back in love and learned to support each other’s differences, communicate and parent more effectively, manage conflict, and repair our relationship after a dispute. We have been remarried 21 years and are hopeful and optimistic about our future together.

Intimate relationships always present challenges, but remarriage involves a unique set of complications that many couples underestimate until yet another divorce seems like the only option. Based on my 30 years in clinical practice helping divorced and remarried individuals and couples and my personal experience with remarriage, I know that couples can find lasting love the second time around if they have realistic expectations and adopt a mindset of “we’re in this together.”

Parenting for a remarried couple is especially difficult. For the most part, first-time couples usually have the opportunity before the arrival of children to become familiar with some of their differences in raising children, and even to resolve some of them. This isn’t usually the case for remarried couples who may find themselves immediately clashing over ways to educate, discipline, and care for the children in their new stepfamily.

Truth be told, stepparent and stepchild relationship can present a thicket of thorny issues which can be complicated by intrusion from a biological parent of the same sex, and jealously and rivalries experienced by stepchildren who might resent interference by a stepparent and/or step-siblings in their household.

Studies show that it can take remarried families three to five years for most members to develop a sense of belonging. Unlike first time married couples, remarried couples often don’t have time alone to form a bond and to develop shared meaning, which consists of creating rituals that are meaningful to both partners and represent their values and beliefs. In addition, couples often have unrealistic expectations about their children being able to get along and become comfortable with a new stepparent.

According to Chelsea L. Garneau, adopting realistic expectations can enhance a remarried couple’s sense of marital satisfaction. She studied 179 step-couples and found an association between having realistic expectations about the stresses and storms of stepfamily life and a remarried couples’ self-rating of relationship contentment. Garneau also discovered that some of the most common misconceptions in stepfamily life had to do with the ease of couples blending finances and dealing with differences in parenting styles. 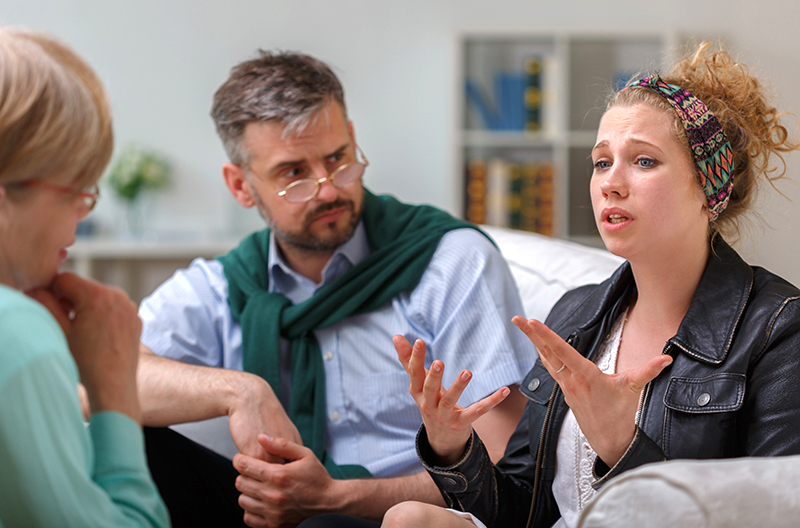 The complex role of a stepparent

It’s important for a biological parent to be aware that their spouse might feel ambivalent, left out, or overlooked in their role as a stepparent and to back them up so they don’t feel taken for granted or unappreciated. Discussing the role a stepparent will play in raising their new spouse’s children, as well as changes in household rules and routines, can help couples to build a strong family bond.

In Surviving and Thriving in Stepfamily Relationships, Patricia L. Papernow explains that it’s common for stepparents to feel like an “outsider” in their own home. Many stepparents react by doing their own thing while their partner spends time with the kids. If both partners are parents who respond by spending more time with their biological kids and less time with their step-kids, this tendency toward separation in the stepfamily increases. If an us-and-them scenario develops, it will undermine the family and the remarried couples’ relationship.

When this happens, it can chisel away at the closeness of the remarried couple who stop spending time alone together and as a family. If they haven’t established a strong connection, are unprepared to deal effectively with conflict, and lack the tools to repair daily breakdowns in communication, couples may end up pointing fingers at one another rather than being supportive with that sense of solidarity, of “we’re in this together.”

Differing from a biological parent, a major thrust of being a stepparent is to be a friend or mentor to their stepchild on some level. Not like a school friend, but an adult friend more akin to being a guidance counsellor and a positive role model rather than a disciplinarian.

For instance, Jeffrey, 47, attended his stepson Kyle’s football game when his wife Lauren, 46, had a late meeting. He even invited him and a few friends out for pizza afterwards. From the onset of his marriage to Lauren, he felt like an “outsider” and this was an important step towards building a positive relationship with Kyle.

Jeffrey noted that, “it felt good to hang out with Kyle and his friends. Lauren had to work so I stepped in. She felt relieved that I could do this because her schedule is full. For once, I didn’t feel like an intruder in Kyle’s life. I played football in high school and college so we had a lot to talk about and the pizza hit the spot after his game.”

There is no such thing as instant love between a stepparent and stepchild.

One of the most crucial things to learn about a re-coupled family is that most children give love and trust to their biological parent, but they feel that their stepparent must earn their love and trust over time. Children often don’t have time to ease into the new relationship with a stepparent, and so the relationship can feel forced or unnatural. 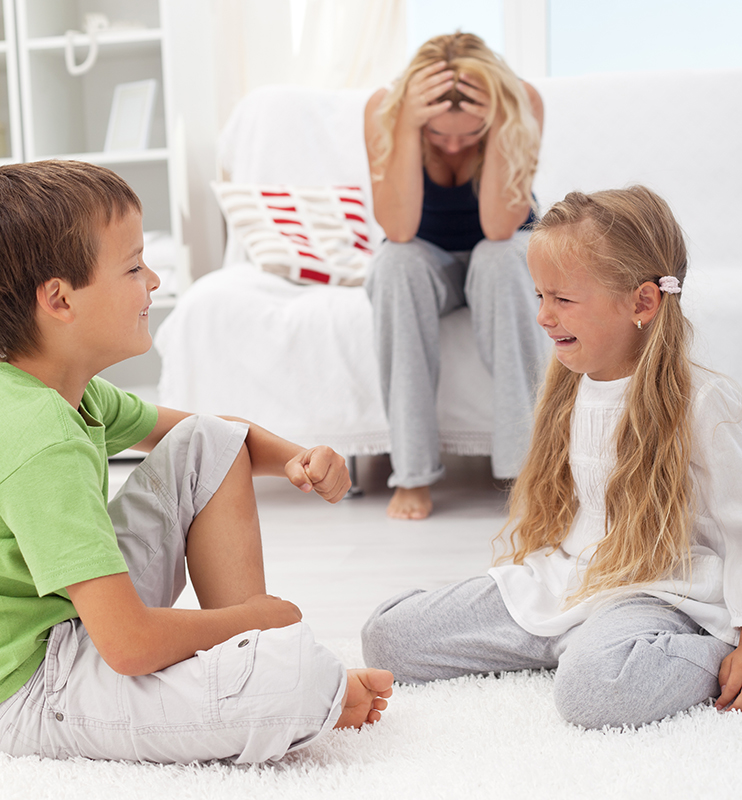 In addition, there is no such thing as instant love in a stepfamily. It’s common for stepparents to feel they don’t often get the love and respect that a biological parent does. Most stepparents assume that love and respect will instantly appear with stepchildren if they try hard to be nice to them. If that doesn’t happen, it’s easy for feelings of rejection, insecurity and jealousy to grow, driving a wedge between the couple and alienating the children.

One of the most important lessons parents can learn about stepfamily life is that stepparents had best proceed slowly. Take your time in getting to know your stepchild. Love often comes later. Even if you don’t hit it off with your stepchild, you can still develop a working relationship built on respect. If your stepchild does not warm up to you right away, that doesn’t mean you have failed. It will take time. Being patient and having a sense of humour can help you get through some rough spots.

Cooperate with your partner, and talk, talk, talk. Create a ritual of communicating regularly about issues of concern, and to discuss what’s going well. Most of the talking will take place away from your children or stepchildren, but be sure to have cordial conversations and informal discussions about family rules, roles, chores, and routines with the kids. Over time, everyone in the re-coupled family can create a positive culture together.

Presenting a united front to your children and stepchildren with your spouse is very helpful to the formation of a healthy stepfamily. This action requires respect, caring, and lots of love because it may not be easy to do if you do not agree with your spouse. Caring and respect are especially important, cannot be rushed, and are “earned” or granted over time among all family members.

A successful remarriage requires a foundation built on appreciation, respect, and tolerance. Studies show that couples’ who show gratitude for each other and tolerance for each other’s differences create a safe harbour with one another, one that enables them to better weather the storms of remarried life. Creating this culture is an ongoing process, and the first step is accepting and acknowledging that both of you bring experience and unique perspectives to your marriage, and that your weaknesses combine with your strengths and wonderful traits to make each of you who you are.